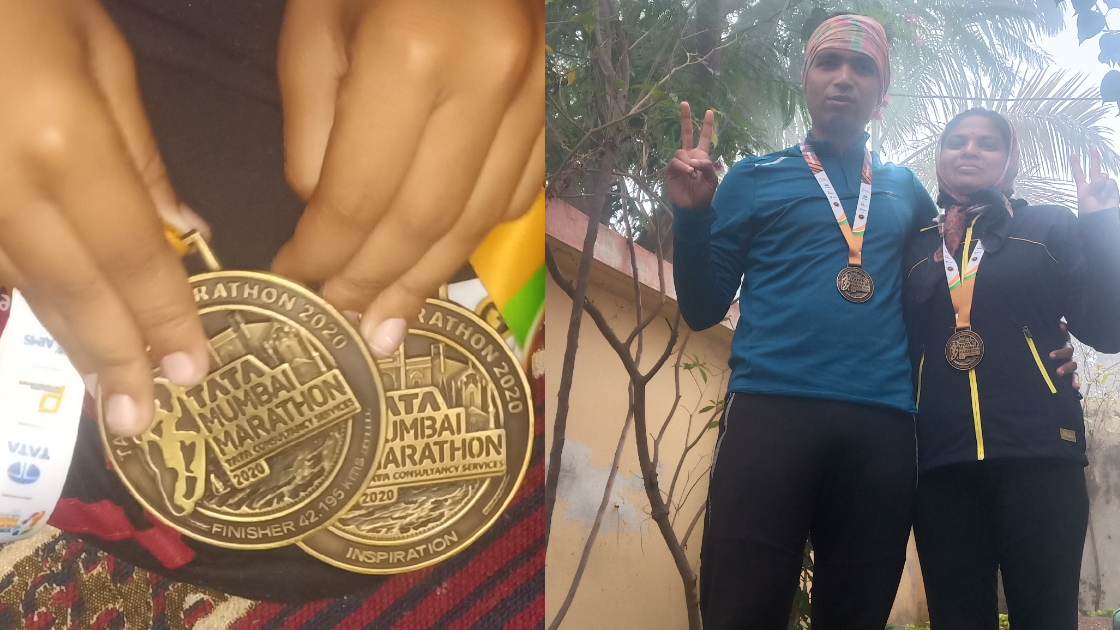 I set up this blog to share my excitement with you. And through telling you my story, I wish I can bring a positive change in your life as well.

So, today in this post, I will tell a story of me, my marathon and my wife. And how a medal connects all three.

You know that when a runner crosses the finishing line, he deserves a medal. So, anyone and not just the top 3 winners to get the medal. Everyone and anyone who is running the race and would cross the line has shown grit and endurance to their best capacity.

But, there is one medal in the world of running that is given to a person who is not running. Nevertheless, he/she deserves an applaud at par with the one who is running the race and crosses the finishing line.

Any guess that you can make. Ok, let me give you a few more tips. It goes to a person who has inspired a runner, who has been an inspiration behind a runner or the one who had supported you through thick and thin to reach the starting line and cross the finishing line.

This may be a bit surprising but you would agree just as I do. These are the heroes of our lives, who make us runners go beyond the ordinary and mundane and push ourselves beyond to emerge the extra ordinary. And therefore, their efforts, their commitment to us and their motivation to us should be equally rewarded.

So, I wanted to get this one. This medal that is given to the ones who run the Tata Mumbai Marathon. And this is what makes the marathon running at TMM so very special. You don’t get just one medal but two.

They appear to be one when in embedded form. But, when you look closer, you will be able to see that there are infact two Medals.

And I could clinch this medal for my wife. She had been the pillar of support through the course of my long drawn preparation. She has never said no to my passion.

She would get up early morning to make me a cup of tea. She would get me the bananas from the market. She would make sure that my diet is on time and with adequate nutrition.

There were times, when I was supposed to be handling the works but she just let me do what I was behind: prep for my marathon.

She packs my tiffin every day to work. She ensures that I don’t have to go outside to eat. She has to get up early in the morning to do this but she never complained about this.

Ours is a marriage that was arranged by parents. But, I can see that the marriage has blossomed into a life long love affair and is blooming more due to great companionship provided by her.

Who says running is a solo affair. Just that the person you can see is on the ground but there is a team that works off the ground.