Way back in 2015, I discovered something that I now call the magic of the movement. I was staying in close proximity to a stadium in Raigarh, Chattisgarh state of India. The boundary of the stadium touched the compound wall of our residential building.

The stadium was in its natural state. It was an area assigned to be a stadium but it was still not a full-fledged stadium. People of the surroundings would just walk into the stadium anytime.

My wife would take my son there for a morning walk. I would get up late in those days. At this time, I was weighing at 96 kg. I was having specs on my eyes. The kind of lifestyle a banker has is typically sedentary. He hardly gets up from his chair. He would ask his canteen bot to fetch the files from the cabinet. All-day long, he would be tied to his chair and sip many cups of tea. Tea is the most common beverage for which anyone and everyone obliges. These cups gave me a bad stomach. I would feel gastric all day long but would not mind suffering in silence. I would feel gastric and fart silently. Sometimes, I had to get up and go to a secluded area of the office premises to release the obnoxious gas storming inside. The gas when released gave me some kind of relief. Temporary relief. But, I would suffer constipation the first thing in the morning. My mornings started with being in hell. I would go to the lavatory and sit there for ages before I could see some hope coming out. The gut was rot. This is all I can tell you now.

But, my son, would often prod me to get up in the morning and go with him for a morning walk. There, he would play with me and make me enjoy the morning. These days were far and few in-between. I would often find people coming and going into the stadium and coming out of it whenever I came out of the house or came back from work. I would often envy these folks who were having time to go and walk in the morning or evening. The process of watching and feeling envious went on for some months before I was pushed to think of doing it.

One day, after having dinner, I decided to go there for an evening walk. I took my son along with me. We went there and started to move around the stadium. I was in the habit of falling asleep soon after dinner. This was the kind of diet I used to have. I would often skip my break-fast as I got up late and felt shy to carry my tiffin. I believed in coming back from work a long day and having a party every evening. So, I would urge my wife to make good things to eat and hog. After having meals and being out on that day was something that I was doing after a long-long time. I remember doing this when I was a kid. And we used to stay in Army Barracks. So, there my father would come out after dinner and ask the neighboring uncle about the next day’s schedule. This was the time, they would walk right in the front row of the blocks.

That day, I felt a little better though I was feeling sleepy. My son was enjoying the evening and I was unable to say NO to him. This became a kind of regular with me. Going for walks after dinner and having the company of my son. I felt good about being with him.

I guess, after a fortnight I noticed that I was itching for a walk by default. It was something that my body and the mind have started to like. I felt better after a hard day at work. My mind became peaceful. I sensed that I felt calmness inside and rejuvenated. So, one day I told my son that I would now come with him for a morning walk as well. I started going for a morning walk.

Then came those days, when I started to go for walks even in those days when I got up late. I felt a kind of void on the days when I did not walk. Our minds and the body know what is good for them. I would go and walk and feel good. This started to make me feel better. After having a day full of work pressure and time commitments and running here and there, my walks became the place of silencing the noise of the day before I could go to bed and sleep without nightmares.

Eventually, I thought, Why not? I can also run! That day was the day of reckoning but too far from the days of running. Still, I would call that moment the first step towards something positive for my health and well being. By now, I had sensed something- walking or moving around was rewarding. I had discovered the magic of the movement. 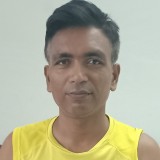 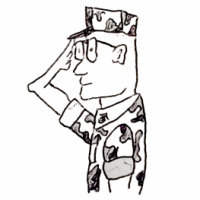 A Marine's journey from unfit to healthy

A father of two darling daughters, running through life, one day at a time. He shares his adventures of parenting, running, trekking and travelling as he runs each day. He runs for family, fitness, food and always fun!

A healthy lifestyle blog that brings you the best, most trusted resources created by real experts to help you achieve the best version of yourself